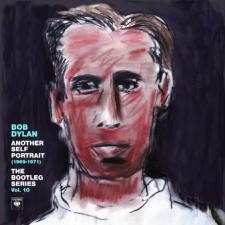 In describing the recording session that I took part in for Bob's "Greatest Hits, Vol.2," I said that the song "Only a Hobo" didn't work out and was dropped. Happily, it wasn't lost forever! It just showed up on Bob's latest "Bootleg" release called "Another Self Portrait," and if I say so myself, it ain't half bad.

Actually, I am surprised and delighted at how good it sounds! I played an easy-going clawhammer banjo accompaniment and sang high harmony on the choruses, and the whole thing sounds like it was intended to - like we were sitting around the living room just picking and singing for fun. This was something we did frequently during those years that Bob lived near us in Woodstock, and I relish those easy-going days. There's a really good cover story by Mikal Gilmore in the September 12 issue of Rolling Stone that beautifully describes those special times that I was lucky enough to be a part of. Check out this terrific and sometimes surprising collection. It's worthy of some deep exploration.