For more than fifty years years, Happy and his wife Jane Traum and their staff have been producing award-winning  tutorials in a variety of instruments and musical styles. Taught by world-renowned performing musicians and teachers on DVDs, downloads, CDs and books, these high-quality music lessons have taught people,e to play all over the world. To see the full range of more than 500 amazing products for sale, click here: www.homespun.com

Just for the love of it 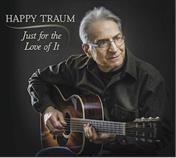 "You’d best not miss Happy Traum’s "Just For The Love of It." I’ve been a huge fan of Happy’s for years and you should be too! This is a triumphant work. Don’t let it get away!" - Jorma Kaukonen

"Happy Traum shows impeccable taste in choosing a program of great traditional folk and blues songs... and even better taste in the way he arranges them with both reverence for his sources and the originality of his always creative fingerpicking guitar and warm singing." - Mike Regenstreif, Folk Roots/Folk Branches

"Happy Traum, the preeminent guitarist who started during the folk boom and accompanied many great artists, sat back, took stock and with a deep, subtle passion recorded an album of his favorite traditional and contemporary songs and instrumentals. His fingers still do their dance on the guitar as agilely as in his youth and he sings with the experience only years provide. Many older artists attempt to go back and mine gold, but Traum succeeds.  - Rich Warren - The Midnight Special

Careless Love, Deep Blue Sea, Church Street Blues, High Muddy Water, In the Evening When the Sun Goes Down, Things Are Coming My Way, The Water is Wide, Jay Gould’s Daughter, Sailing Down My Golden River, I Ain’t Got No Home, Spanish is the Loving Tongue, Down in the Flood (Crash On the Levee), Tennessee Waltz, In the Pines

"The songs in this collection are either old and traditional, or have been composed in that style by writers with deep connections to what is now called “American Roots Music.” This is the kind of material I have always been attracted to, and these are songs that I have known and loved for most of my increasingly long life. My idea for this recording was to play and sing “live” in the studio, to try and capture that wonderful interaction that happens spontaneously with musical friends. ...for the most part the music on this CD reflects the way it happened in the moment - no frills and as honest as I could make it." - Happy Traum

I Walk The Road Again 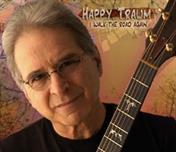 "A sweet gem of a CD.... Albums of this quality are all too rare." - Sing Out! Magazine

"Laid-back and bluesy, like an autumn hike down a Bearsville back road... you'll play every track again and again...." - Chronogram

"All this underscores Traum's superb taste, excellent ear for arrangements, and smart moves in choosing backup players. This is a tasty release for folk-music die-hards and, really, anyone who enjoys folk music. Thanks to Happy Traum, we can all walk the road again." - Dirty Linen

"One of the great under the radar gems of folk music comes back doing it the DIY way he's pretty much been doing it all along. With a great bunch of guests on board playing like they are glad to be there, this is a heartfelt set that goes back to his roots that stretch back a long, long time. Although the set is mostly good, old songs, there's nothing here longing for the past. This set is as fresh as the ground breaking sets he did with his brother for Capitol 35 years ago that were just a touch too ahead of the curve for the clueless label to know what to do with in the wake of the Beatles' recent break up. No matter, the here and now is a sweet thing indeed. A real winning creation." - Chris Spector, Midwest Record Recap Review

"'I Walk the Road Again' is a breathtaking collection of bittersweet country-folk and blues tunes. ...the effort boasts brilliant arrangements of a host of old favorites from Happy's voluminous repertoire. A low-key masterpiece, this album demonstrates that it's not the pace that matters so much as the road itself. It's a road we're glad to see Happy Traum walking so well again." - Peter Aaron, Kingston Daily Freeman

"A solidly entertaining and tasty new folk recording. Traum is still infinitely listenable, musically creative and about as good an acoustic folk guitarist as there is.... Simply put, "I Walk the Road Again" is a winner, an excellent addition to any collection and a must-have for any folkie." - Noah Fleisher, Pulse

"This feel-good, laid-back disc goes down like a cool one after a couple of hours of autumn leaf-raking. Traum's gentle and timeworn voice provides a perfect complement to his economical fingerstyle guitar.” - Fred Knaus, minor7th.com 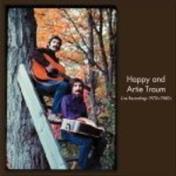 A compilation of shows recorded at various venues around the U.S., plus three that we recorded in 2005 especially for this disk. The 19-song list features several original songs from that period plus a number of folk and country standards with lots of guitar picking. 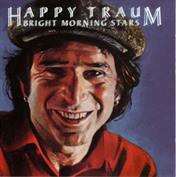 "A fine collection of music and friends make this a special album." - Chip Renner, All-Music Guide 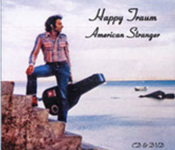 The American Stranger (Plains of Amerikee); The Eighth of January; Buckets of Rain; When I Was a Cowboy; I Am a Pilgrim; Doney Gal; Golden Bird; Sheebeg an Sheemor; Dark Road Blues; Delia's Gone; I'll Fly Away.

Happy Traum's second solo album, originally released in 1977, was widely praised for its excellent musicianship, fine traditional songs and the accompanying tablature book that came with all Kicking Mule Records. It has now been re-released as an enhanced CD, which includes the tab book as a PDF file on the disk, so that aspiring guitarists can learn Happy's arrangements and play along.

"Happy is a hero. He had me singing gospel songs one crazy night. He took my head over the Blue Ridge on another. He had me dreaming to the strains of his concertina and when I woke up I was lying somewhere on a shore in England. He's a walking campfire. He's got the Instincts of a rock and roller; he's a master of the groove. And these songs were made to travel." - Eric Andersen, from the original album liner notes