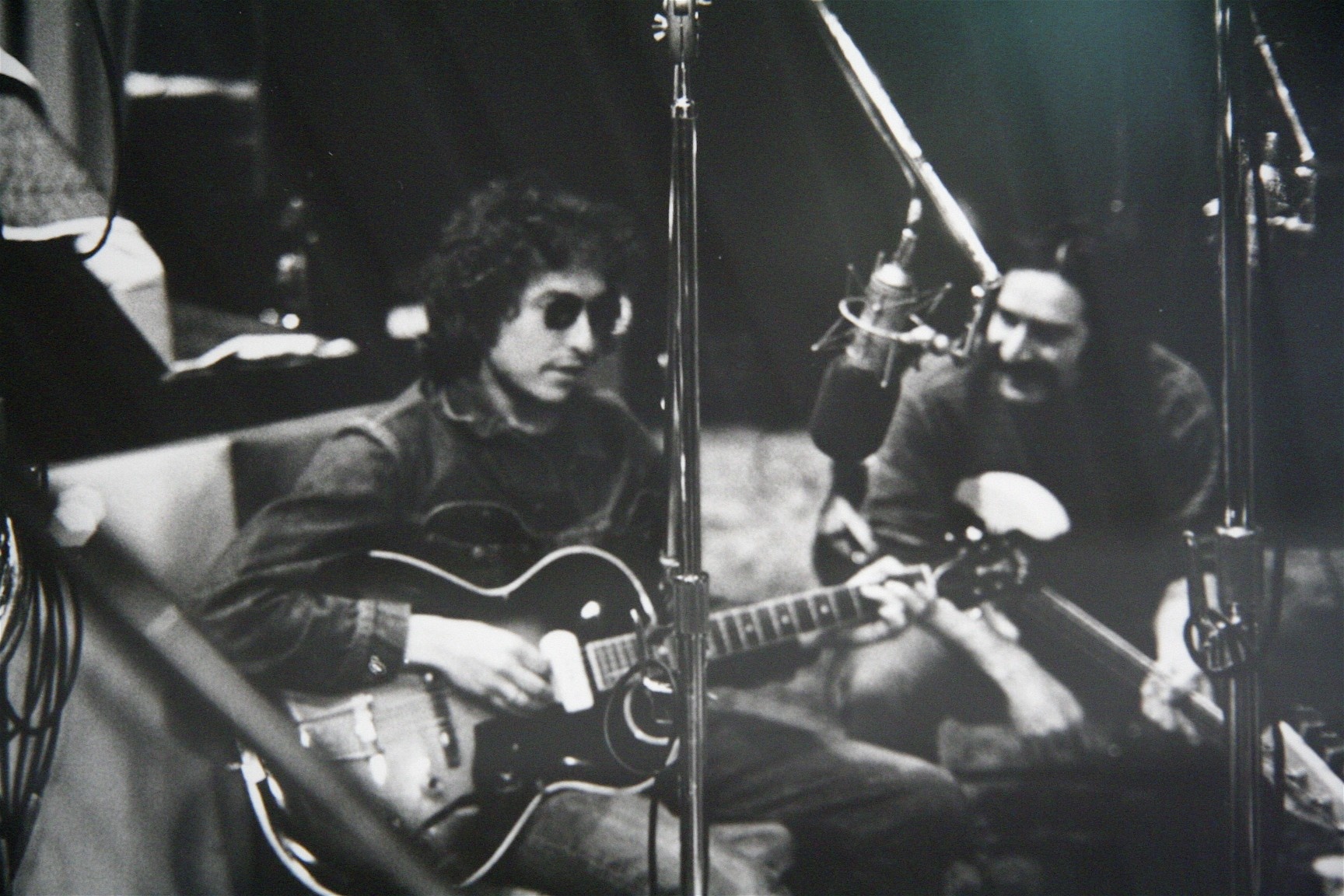 Back in the late ‘80s, Artie and I were playing an in-store CD release promotion at a Barnes and Noble in Albany while Bob was doing a sold-out concert at the Palace Theater. We hightailed it over there after our gig just in time to hear the last song, “Like a Rolling Stone.” Bob was already out of there long before the applause died out, but Victor Maimudes, Bob’s long-time road manager, spotted us and invited us to come down to West Point, where Bob was playing the next night. He graciously gave us backstage passes along with great seats for us and our family, and suggested we come to sound check to say hello to Bob.

The next evening we found ourselves seated among a sea of uniformed West Point cadets and their dates. Not your typical Bob Dylan audience, but okay, it was what it was. Having gotten to the campus early for sound check, we were pretty hungry, so after about 3/4 of the show we decided to find a bite to eat before seeing Bob backstage. As we were making our way to the aisle, a teen-age girl gave us a withering look as we passed, turned to her cadet boyfriend and whispered scornfully, “Some people just don’t get Bob Dylan!”