Hitching To Find the "Real Folk" 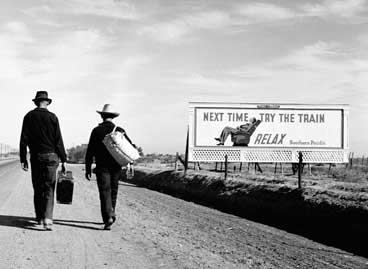 The year was 1956. I had just graduated from high school and was already a dyed-in-the-wool folkie, having learned guitar, banjo and a large repertoire of songs from the recordings of Pete Seeger, the Weavers, Burl Ives, Josh White and other popular folk singers of the day. This led me to the more traditional (and more authentic) old-time music of the Southern Appalachians. I fell in love with the sounds of banjos, dulcimers and fiddles, and was intrigued by the long, often bloody ballads that could be traced all the way back to Elizabethan England. For a kid born and raised in The Bronx, the sounds from those distant mountains were as mysterious and otherworldly as radio signals from another planet.

My friend and fellow folk singer, Barry Kornfeld, and I were fascinated by recordings of obscure Southern banjo pickers and ballad singers: Obray Ramsey, Dock Boggs, Roscoe Holcomb, Bascom Lamar Lunsford and others. On a whim, we got the idea to hitchhike to North Carolina to “find the real folk,” and hopefully get to pick a tune or two with some of these legendary players. Amazingly enough, my parents did not interfere with what must have seemed like an utterly bizarre plan.

I had a month of freedom between the end of school and a job in a summer camp so, early one June morning, Barry and I set out on foot across the George Washington Bridge. I was carrying my Martin Dreadnought, a sleeping bag and a small backpack with a couple of changes of clothes. Barry brought his banjo and a similar pack. We had a few dollars in spending money between us, but we were determined to travel, like Woody Guthrie and the depression-era hobos we so romanticized, by our wits and the kindness of others. We couldn’t hop a freight train, but there was always the “route of the sunburned thumb.”

We were just past the toll plaza on the New Jersey side of the bridge when an old rattletrap of a car pulled up spewing oil from the tailpipe and the driver asked us if we wanted a ride. We gleefully jumped in. The driver, a scruffy-looking black man wearing a white cap and apron, told us he was a cook at Fort Dix, the huge army base a couple of hours south of the city. It was a start, and we were on the road!

We hadn’t gone more than ten miles when we were pulled over by a New Jersey State Trooper. He shined a flashlight in our faces and immediately ordered us all out of the car, hands on the hood, spread-eagled. With a hand conspicuously on his holster, he questioned us carefully, checked the driver’s ID and ours, then looked through the car and inspected our instrument cases. Satisfied that we weren’t runaways, escaped criminals or worse, he reluctantly let us go. As we pulled back onto the road, our driver started to chuckle. “I’m glad he didn’t find this,” he laughed as he reached under the seat to pull out an oily rag containing a small, blue-black pistol.

We happily got out at a NJ Thruway rest stop to find another ride. It only took a few minutes before we hailed a large tractor-trailer and the driver told us to jump aboard. He was going all the way to Raleigh, NC and needed us to talk to him to keep him awake. This was easy! What we hadn’t realized until we were in the cab was that he was carrying a load of fish, and it was starting to smell. This refrigerated semi was only semi-refrigerated. By the time we tumbled out on a Raleigh street corner before sunrise the next morning we reeked of rotten fish, but we were in the South!
For the next two weeks we traveled the back roads of North Carolina, sleeping in fields and parking lots, and occasionally finding the mountain musicians we so avidly sought. We spent a night with folksong collector Artus Moser, who was initially suspicious but finally took us in and regaled us with some of the old ballads we had heard on his Folkways recording. Passing through Black Rock, we found Carl Sandburg’s number in the local directory and called him up. Not surprisingly, he wouldn’t see us. We made our way to Asheville and saw the site of the annual Appalachian Folk Festival that Bascom Lamar Lunsford put on each year, but we missed the actual event by a couple of weeks.

We were standing in the hot summer sun in front of a gas station one day, our thumbs in the wind trying to get a ride heading north, when a beat-up pickup truck screeched to a stop. The guy behind the wheel, wearing a western shirt and a straw cowboy hat, eyed our instrument cases and told us he’s give us a ride if we’d play him a song. We eagerly broke out our instruments and got them in tune, ready to show off our best licks before jumping in. “Can you play ‘Under the Double Eagle?’” he shouts at us. “Gee no, sorry, we don’t know that one.” He throws us a withering look, steps on the gas and leaves us in a cloud of dust. Exhausted, hungry and unwashed, we spent our last remaining dollars on a Greyhound ticket back to New York City.