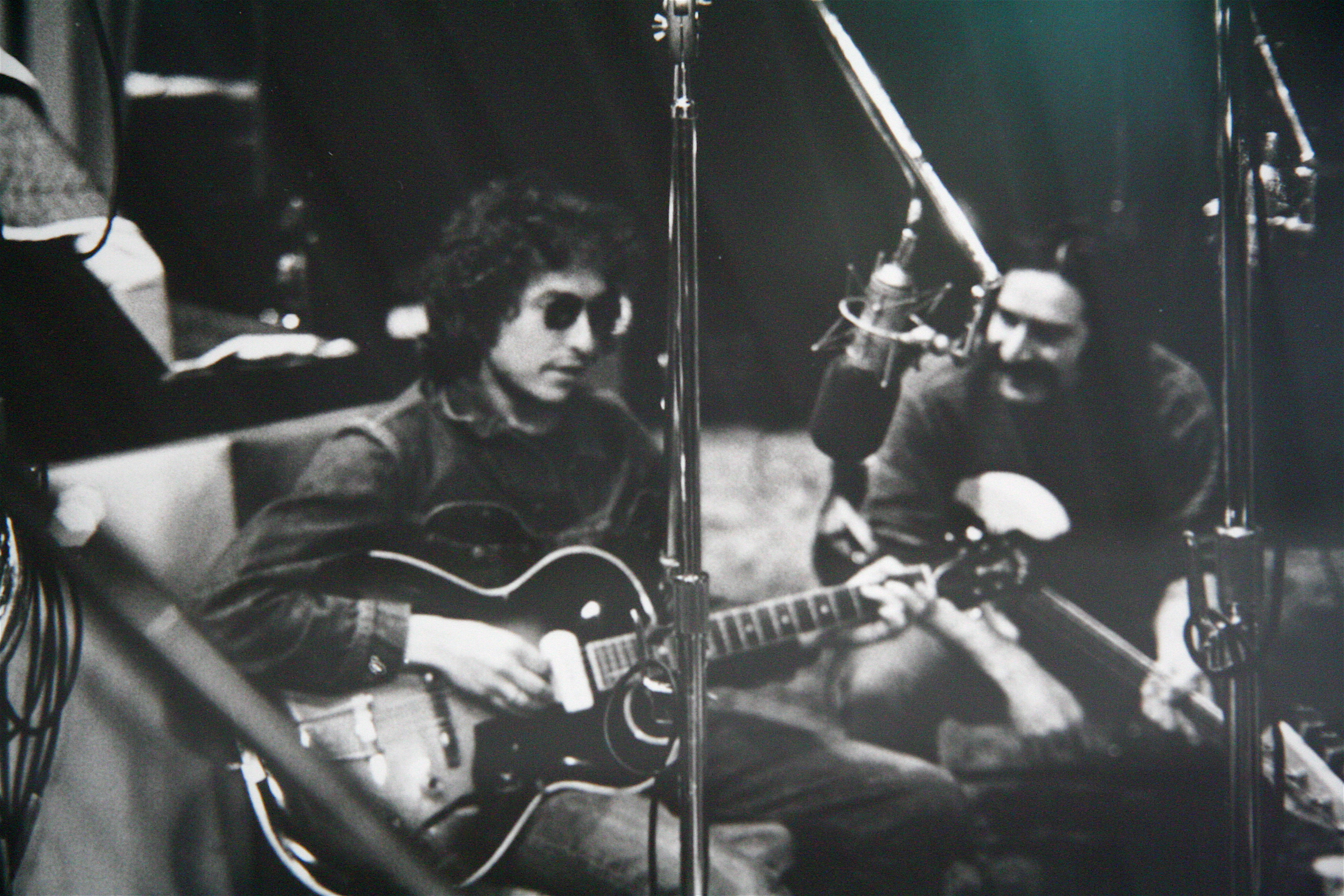 Nearly 50 years ago, in October of 1971, I got a call from Bob Dylan asking me if I'd like record some songs with him for his "Greatest Hits, Volume II" compilation. Could I do it tomorrow, and would I bring my guitar and banjo -- and, oh yeah, how about a bass, too? (Never mind that I didn't own a bass, and had never played one in public before. I borrowed one -- fast.)

Now I realize that for most fair-to-middlin' guitar fingerpickers the odds of getting a call like this are about as likely as John Glenn calling to see if you'd like a seat on the next space shuttle, but I was fairly casual about the whole thing. You see, I had been friends with Bob since the early sixties, and had already recorded a song with him on a Folkways recording called "Broadsides, Vol. I." Of course, that was when he was recording his first lp for Columbia; now he was the best-known singer/songwriter in the world! Nevertheless, as neighbors in Woodstock, NY, we often picked together informally, so it wasn't a great leap to take what we had been doing in the living room into the studio. But was I excited? You bet I was!

So, laden with all sorts of instruments, I took the bus from Woodstock to New York City and made my way to the Columbia studios on West 54th Street. To my surprise, the entire session consisted of just Bob and me (and the engineer) in the big, nearly-empty studio. The first song Bob suggested was "Only a Hobo," one of the tunes he had recorded eight years earlier (as "Blind Boy Grunt") on our "Broadsides" session. The machines were turned on, Bob started playing, and I followed along as best I could. After two takes it was obvious that it wasn't coming together, so Bob dropped the song.

Fortunately, the next one, "I Shall Be Released," immediately caught the right spirit and we relaxed into the music. We started the song with a slightly more bouncy feel than I had heard on the Band's famous recording of the song, and it fit right into the bluesy fingerpicking style that I have always favored. Bob played it in A, so I capoed up to the fifth fret and played out of the E position, accenting the ends of lines with bass note hammer-ons and sliding 6ths and pull-offs in the treble. I joined in singing on the chorus, and before I knew it Bob was grinning and we were on to the next song. Now I was starting to have a good time!

I had heard "Down in the Flood" in bits and pieces during the Basement Tapes sessions, but the version that we did at this recording was totally impromptu -- at least for me. It's a blues in G, so it wasn't hard to find some things to play. Again, Bob was strumming the rhythm with his flatpick, so I just tried to compliment his singing with some sliding licks and bluesy, fingerstyle fills on the high strings. The whole thing went by so fast that I didn't realize it was a take until we played it back.

Finally, we cut what turned out to be my favorite of that day's session, "You Ain't Going Nowhere." Bob set the pace with a strong rhythmic strum, and I tried to give the tune a rollicking, joyous feel with a frailing banjo part. I think it worked. We nailed it in two takes, singing and playing together, again with no previous rehearsal. After listening to it we decided it needed a little extra kick, so I made my debut as a bassist. I must admit it was a pretty visible way to start playing in public, but Bob and the engineer seemed to like what I did so my part stayed in. Not long after that session, Bob invited me to play bass on a date he was producing for Allen Ginsberg, so my career as a bassist stayed high-profile for a little while longer before disappearing into a merciful obscurity.

As I re-listen to the CD today I can still hear the informal, home-style picking that so many listeners have told me they like about those particular performances. There's a relaxed intimacy there that I like to think is partly due to our friendship, and to the many occasions in which we sat around the house playing the old songs. Of course, much of it was due to Bob's studio technique at the time: establish a good "feel," play the song as if you really mean what you're singing about, and get it in one or two takes. If you need more than that, it's not happening, so move on. It's a way of working that has created some unbelievably great recorded performances over the years, and I have always been incredibly proud to have been a part of these three.